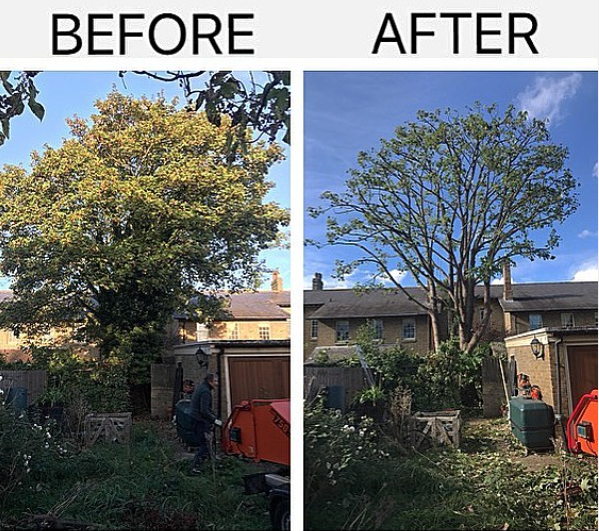 What is Crown Cleaning?

Crown cleaning is the removal of dead, diseased or dying branches from the crown to improve the overall health of the tree. Additionally, cleaning of the tree’s crown removes climbing plants which may be restricting the growth of the tree or constricting the branches.

Unlike Crown Thinning, this technique focuses on the removal of branches that are dead, dying or diseased instead of thinning out the crown's mass. The removal of unhealthy branches and climbing plants helps to improve the tree by:

Our fully trained and knowledgeable tree surgeons can provide assessments on how to produce the best results for the crown cleaning during our quotation visit. However, if your tree is under a Tree Preservation Order (TPO) or you live in a conservation area then your Local Authority may have specific guidelines regarding how a tree’s crown can be cleaned or trimmed. We would suggest that you consult your local council before undertaking the work.